Not simply the fastest motorsport on the planet, but now the ultimate showcase for

Green Aviation and the Future of Urban Air Mobility.

Racing into
the Future

WCAR is working to secure racing sanction from the FAI who will also provide sporting governance and safety oversight for the racing events. WCAR intends to enter into a long term agreement with FAI will allow exclusivity on air racing of all forms of piloted air vehicles flown on a track consisting of air gates, which will allow WCAR to shape and define the future of this format of air racing.

Starting with conventional aircraft, WCAR will rapidly evolve through electrically powered aeroplanes to embrace the latest in Electric Vertical Take-off and Landing (eVTOL) racing machines.  WCAR will excite, entertain and educate the viewing public by showcasing the latest in aviation innovation in a highly competitive sporting environment.

Building on the Legacy

RACES IN 35 LOCATIONS ACROSS 21 COUNTRIES

Our aim is to achieve a net zero carbon footprint by our fifth season.

Alongside safety, environmental sustainability is a strategic driver at the heart of shaping WCAR organizational values and behaviour.  We will follow a three-step strategy to achieve a net zero carbon footprint: effective measurement of carbon output, prioritising reduction of the footprint and offsetting remaining unavoidable emissions.

"The road to recovery for the live sporting event industry is undoubtedly going to be a long one. After several months of lockdown and a dramatic drop off in revenue for venues and events, the global travel, hospitality and live sporting event sectors continue to bear the brunt of the Covid-19 pandemic.

However, at WCAR the downtime is being put to good use in preparation for the delayed launch of the new FAI Air Race World Championship and we are poised to race on to the world stage as soon as conditions allow.  I hope the answers to these FAQs will help to set the scene for what is to follow."

When is the WCAR starting?

The first race of the WCAR series is planned for the last quarter of 2021. Although it has been very frustrating to delay the launch of the new race series due to the impact of the global Covid19 pandemic, safety is our main focus at WCAR and we are working with host cities to make sure we get the timing of our first live events right.


Is WCAR a continuation of the Red Bull Air Race?

Much of the equipment and people will be familiar to RBAR fans and we are recognized by the FAI as the successor Air Race World Championship. However, although we have drawn on the expertise of the RBAR, we are not the same.

Growing the Air Race experience, profiling our incredible race teams as well as developing a new breed of race pilots through our World Championship Air Race Academies and putting a huge emphasis on innovation, technology, sustainability, fan interaction, education and host city exposure are all areas we are focused on.

Discussions with major festival producers are also well underway so you can also expect to see some major global artists entertaining the WCAR crowds once the day’s racing is over and the sun has set!


Where will WCAR be racing?

As the name suggests, the World Championship Air Race is a global race series and our host city team is enjoying connecting with cities that have already had the pleasure, and seen the amazing benefits, of hosting an Air Race; as well as talking with new cities around the world who can see the value that a unique event of this nature brings.

The new World Championship will be staged at a mix of old and new Air Race locations with a traditional combination of water and land-based race tracks.

At WCAR, we bring the racing to the people.


What is WCAR doing to minimize its environmental impact?

Alongside safety, environmental sustainability is a strategic driver at the heart of shaping WCAR organizational values and behaviour. We will follow a three-step strategy to achieve a net zero carbon footprint by the end of our 5th season.

WCAR is a signatory of the Sports for Global Climate Action Declaration as set out by the UN Framework Convention on Climate Change (UNFCCC).

• Advocate for climate action through communication.


Are all the RBAR pilots returning? 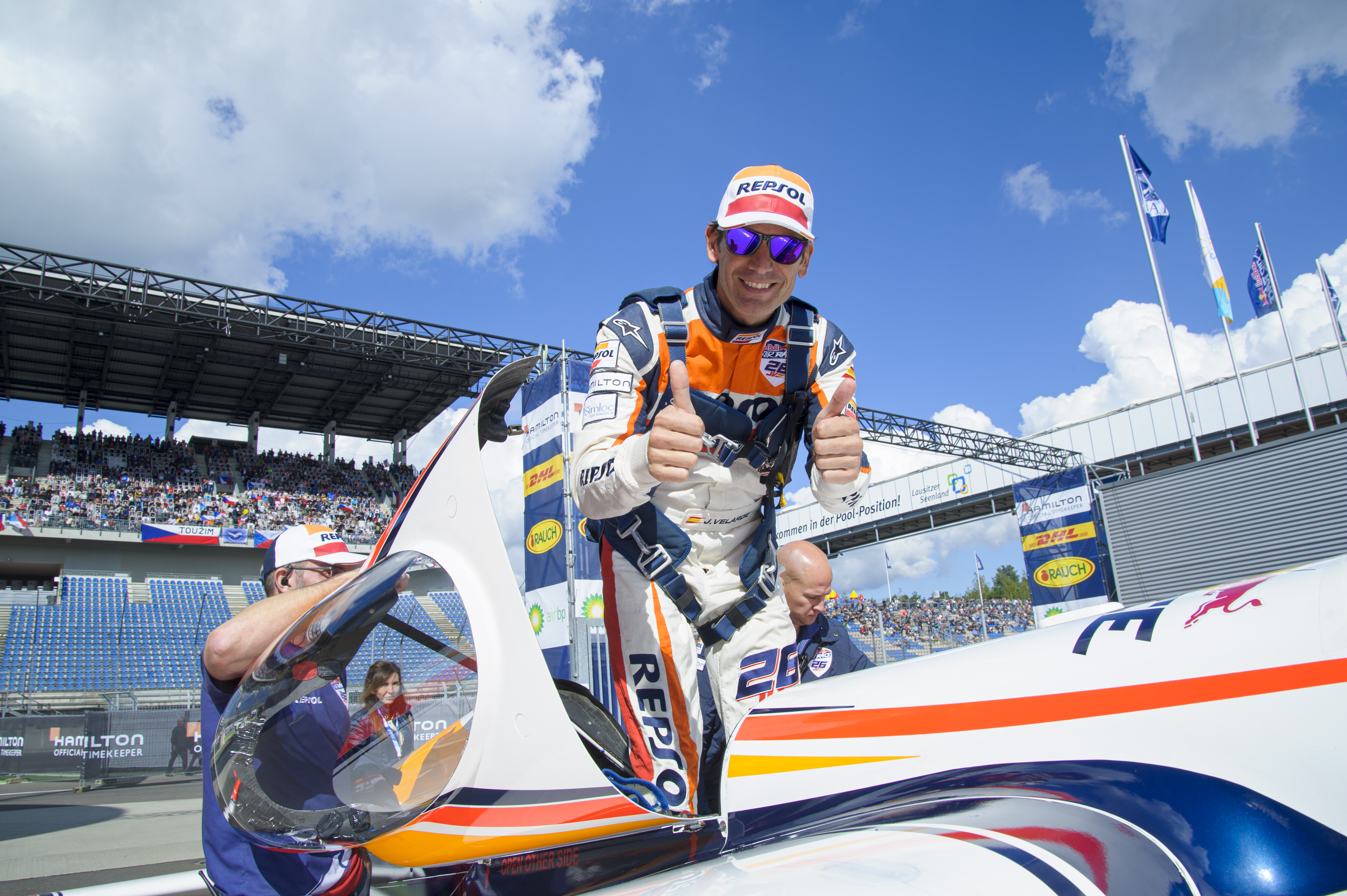 All of the race teams that competed in the final RBAR series have registered their interest to compete in the WCAR, along with a number of exciting new teams emerging from the RBAR Challenger programme.

The air race has always involved the best of the best and with the incredible pool of talent signed up to WCAR, we will continue that legacy of aerosport excellence.

With an eye firmly on the future of the sport and the FAI vision that participation in air sports should be available to everyone, our global network of FAI Air Race Academies will provide the long overdue opportunity for future race pilots to develop their skills in order to qualify to compete in the World Championship Air Race.

What aircraft will teams be using?

Initially the aircraft used in the WCAR will be the same highly modified, conventionally powered, high performance aeroplanes used by race teams in the Red Bull Air Race.

However, with our drive to achieve a net zero carbon footprint by the end of our 5th season, we will embrace and champion the latest green aviation technology on the racetrack.

By 2022, WCAR race aircraft will be using sustainable aviation biofuels and we are working with a leading aviation technology partner to subsequently convert these race planes to be 100% electrically powered.

It is clear that eVTOL (electric Vertical Take Off and Landing) flying machines are the future of urban air mobility and, as soon as regulations allow, we will be adding them to the WCAR fleet of compatible race vehicles.


Is the race format the same as RBAR?

The WCAR consists of a number of FAI regulated race classifications with different formats, rules and technical regulations.

AeroGP1 - is the top tier competition and involves 12 race teams competing against each other and the clock in a series of elimination races to score World Championship points.

AeroGT - is a totally new Air Race feeder competition involving 3 teams of young up and coming pilots competing in a Le Mans style relay race format. The best of the GT Class pilots will qualify for promotion to GP1.

VTOL - is the exciting future of Air Racing. Starting with the world’s first Jet-Pack Racing World Championship, WCAR will expand to include e-VTOL in subsequent years.

Building on the incredible Red Bull legacy, WCAR has retained the support of the best people from the world of Air Racing to advise on creating the new series:

Paul Bonhomme: needs no introduction to any fan of the Air Race. He achieved an unsurpassed 46 podium finishes out of 65 races that includes 19 race wins and a record 3 World Championships. He was also a member of the TV commentary team for the Red Bull Air Race.

Nigel Lamb: is the only pilot to have won the British National Unlimited Aerobatic Championship 8 times consecutively. He competed in the RBAR for 8 seasons with 13 podium finishes and won the 2014 Air Race World Championship.

Steve Jones: was a Red Bull Air Race pilot from the first UK race, which took place in Kemble UK in 2004. He won the 2007 Red Bull Air Race in Porto Portugal and retired as a competitor at the end of the 2008 season. Steve went on to become a Race Director and Head of Training at RBAR.

Jim DiMatteo: joined RBAR as Race Director in 2007. He was then responsible for the safety oversight of over 90 Air Races around the world where he maintained an amazing safety record of zero injuries or fatalities.

Jimbo Reed: is an experienced and highly respected Air Race Team Technician who became the Technical Director of the RBAR with responsibility for all technical scrutineering on behalf of the Race Committee.

WCAR is always interested in talking with potential partners, sponsors, host cities and competitors. We are particularly keen to explore opportunities with companies involved in emerging aviation technologies and the huge growth in Urban Air Mobility vehicles.